I found an interesting document regarding halftrack allocations to panzer divisions. The document related specifically to a second armored Panzergrenadier Battalion for Gross-Deutschland Panzergrenadier-Division; however, it has great information about authorized halftrack counts and on-hand inventory counts for all panzer divisions. The document had a missing third attachment so, unfortunately, some information was lost.

Halftrack distribution for a Panzer Division 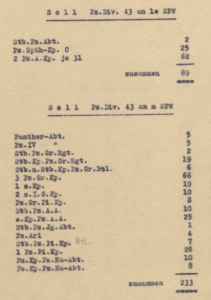 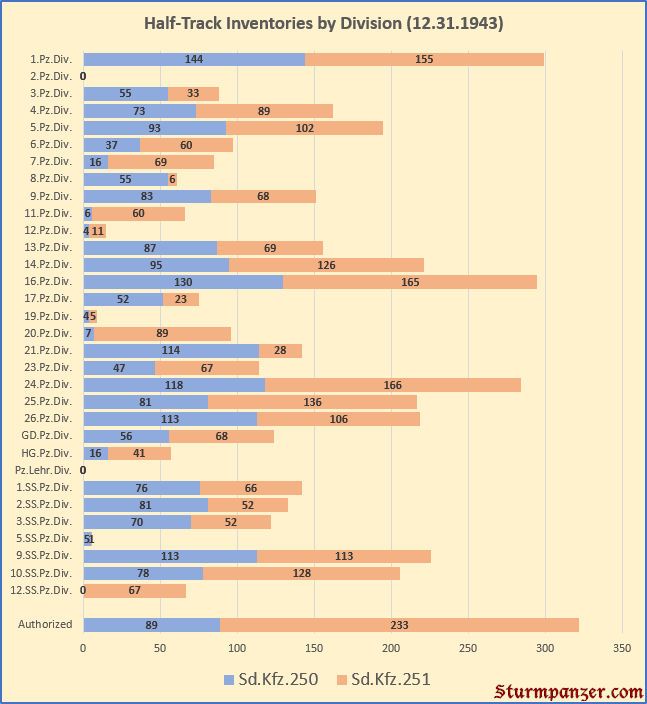 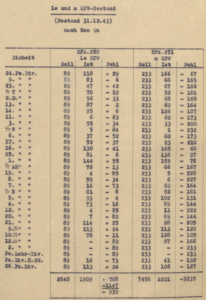 The original document can be downloaded below.